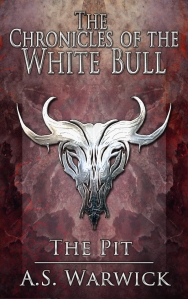 Nhaqosa had watched as Elad landed in the pavilion, cutting down first the lord and then his guards. The sheer audacity of the attack had amazed him, but Elad’s survival could no longer be a concern of his. He retrieved his maul and strode back towards the gates that led into the caverns beneath the pits. The gates were remarkably flimsy wooden affairs. Nhaqosa took his maul to them, splintering wood under the force of his blow. A second strike smashed through. Nhaqosa kicked the remnants out of the way, seeing two guards waiting on the other side, nervously facing him.

Follow this link for Part Six of the Pit